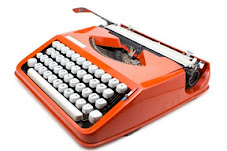 The app is free to download and gives the user access to a library of authentic speakers. You can purchase accent kits from the UK and North America. Samples include a male and female speaker. Accents are added to the store on a regular basis. More accents from around the world to be added soon.

HOW TO DO STANDARD ENGLISH ACCENTS

(scroll down for more information)

Struggling to sound 'Neutral' or a 'modern RP' without sounding posh? Want to know how to sound like the Landed Gentry or a Sloane Ranger?

Using accessible, down to earth language, solid technical know-how, clear practical steps, and a CD with exercises and sample voices, the first half of the book will show you How To Do a Neutral Standard English Accent, while the second half will introduce you to Traditional RP, Imperial Lords and Ladies, Military, Matrons and the Landed Gentry, Debs, Dandies and Bright Young Things, Wartime Wendies and BBC Berties and Sloane Rangers, before giving you a nod to the New Wave.