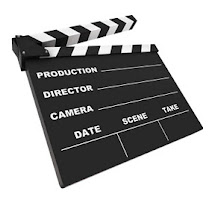 "Jan you were so wonderful on this show - such an asset, 'Thrones' is lucky to have you. We all really look forward to working together again"

'"Jan has been an essential part of the Game of Thrones team. Our production team, directors and actors (from series regulars to guest stars and young cast members) place a high value in her input, which includes voice and character work and fantastic accent coaching. her own training as an actor is worth noting as well, and, as such, she has a unique rapport with the cast; they feel safe and supported with her and this makes their work all the better for it."

Simon Wheeler, 'Castles in the Sky'

"I had the pleasure of getting to know Jan whilst she was coaching Eddie Izzard to deliver a Brechin, Scottish accent to play Robert Watson Watt in Castles in the Sky ~ a factual feature fro BBC.

She clearly enjoyed the confidence if Eddie and she meticulously researched the right vocal element to build the right accent - particularly important as the film is based on a real person. She has an admirable dynamic and passionate approach to her work and I have no hesititation in strongly recommending her for voice and dialect coaching."

Shamim Sarif - Director of 'Despite the Falling Snow''

As a director, I felt Jan's input to be invaluable and insightful, especially regarding the intersection of voice and character. her approach to actors and accent work was very organic and tailored to each actor's individual need and way of working, and the results were impressive. She built a great rapport with the actors and me on set . I appreciated being able to talk to Jan about voice and performance issues, she was able to pinpoint and advise in a highly pressured environment. it was a pleasure to work with her.